With 2.5m Britons eligible to vote living overseas, your vote is important. Register to vote.

Dear members and friends of British Conservatives in Paris,

It is my pleasure to invite you to a speaker event and pre-Christmas Party on Saturday 10 December at 12.30 (lunchtime) in a private salon at the restaurant, Les Noces de Jeannette, 14, rue Favart 75002 Paris (métro Richelieu-Drouot).

The speaker will be the London-based conservative thinker and author, Alexander Boot. If need be, you can find out more about him here:

The menu will consist of the following:

The cost is 45€ for members and 48€ for non-members. There will be a Christmas tombola with a number of exciting prizes.

The Liberal Party of Australia (the Australian sister to our own Party) has set up a French branch of the Australian Liberals Abroad Federation. If you know of any Australians resident in France who might wish to join, please invite them to contact their Vice-President, Mr Peter Hammond, at saxon100@tpg.com.au

A small group of BCiP members made a rewarding cultural and political visit to Trier from Friday 11th. April until Palm Sunday, 13th. April This was organised by Peter Huggins who knows Trier well and has contacts with the local CDU members.

On Friday afternoon, we visited the Porta Nigra, one of the most important Roman monuments North of the Alps and very mush the symbol of a city which was the Roman capital in the North and West It is remembered for Constantine the Great and his mother, St. Helena.

In the evening, we were invited to a CDU European election rally in Konz, an agreeable outlying suburb of Trier by Frau Simone Thiel, the dynamic MEP candidate for Trier and the region (Eifel/Mosel/Hunsrueck). She welcomed us warmly, introduced us to other local politicians and a visitor from a Luxembourg sister party, Guy Modert, who also came to give his support. The evening was a great success with discussion of the CDU programme in which we joined Christopher Chantrey notably sought support for votes for Britons living abroad. It was also fun, as witnessed by our photo with Frau Thiel It was pleasant to have Mosel wine served at a political meeting.

On Saturday we had a full programme of visits to Roman sights in Trier, the earliest German city in Germany. This included two major sites of thermal baths, the Roemerbruecke, an important early bridge which still has the original Roman piers and the Konstantin basilica., a huge structure partly re-built but to Roman specifications. We had a glance at Karl Marx’ birthplace and absorbed the atmosphere of the Hauptmarkt with all the oldest monuments in Germany – cathedral, market cross and chemist’s shop which was a 12th. Century monastic dispensary. We then relaxed on a Mosel boat trip.

On Saturday evening, we were invited to Sekt by Herr Artur Friedrich, a local CDU member and industrialist who produces fine ceramic tiles. After German Re-unification, he launched several factories in former East Germany, playing his role in the exciting but difficlult re-integration process.. We then had dinner with Frau Thiel which allowed us wide ranging discussions on European Parliament themes. She is a member of the Parliament secretariat and has a particular interest in working with British MEPs.

On Palm Sunday some of us attended the Solemn High Mass at the cathedral with very beautiful organ and choir music. One brave soul, Alex Carroll, ran a personal marathon round Trier and along the Mosel. 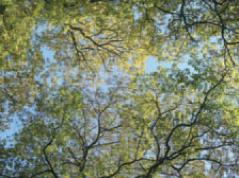 Homage to our late Queen by BCiP member Monique Riccardi-Cubitt

Click here for further information on the latest events

Important: You can Register on-line to vote here